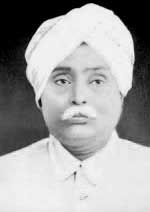 The Servants of the people founded at Lahore by Sher-e-Punjab Lala Lajpat Rai and inaugurated by Mahatma Gandhi in 1921 has an unbroken record of 88 years of dedicated service to the people of the our country. Among the distinguished past Presidents of this society, we may mention the names of Babu Purshottam Das Tandon, Shri Balvant Ray Mehta, Shri Lal Bahadur Shastri and Shri Krishan Kant. After the demise of SHRI Krishan Kant, Shri Manu Bhai Patel has taken over as Chairman of the Servants of the People Society. Shri Inder Kumar Gujral, Former Prime Minster of India and Shri Rajender Sachhar, Former Chief Justice of India are the trustees of our Society.

The Society has been running numerous Philanthropic projects and educational institutions in India. Balvantray Mehta Vidhya Bhawan Anguridevi Shersingh Memorial Academy an Integrated school for the Disabled children at Masjid Moth, G.K. II, New Delhi-48. The Society also has Vocational Training Center at Masjid Moth School, in addition to a Public library, Charitable Medical Clinic and Homeopathic Dispensary at Lajpat Bhawan, and a home for Senior citizens at Dwarka.